As the ADI Truk Island trip departure date approached the number of original planned participants fell away until at departure date on 18th October only Ting Ting Lee and myself were left standing.

Truk island is situated in Chuuk Lagoon a group of islands in the Federated States of Micronesia. 1800km North East of New Guinea.

In February 1944 Chuuk Lagoon was the stage for Operation Hailstone (Google it), a massive assault by the US Navy on the large fleet of mainly Japanese supply ships that were moored there. These ships were all loaded with crucial supplies to support the Japanese Pacific campaign. The attack only lasted two days and resulted in the sinking of fifty ships and the downing of two hundred and fifty planes. The Lagoon is the final resting place of 4500 young Japanese.

To get to Truk Island from Melbourne involves first a flight to Brisbane then Air Niugini to Port Morseby. Final leg is AN direct to Truk... one flight a week leaves Saturday and return is each Sunday.

The saga of the massive Qantas stuff up regarding our luggage and dive gear starting on the first leg of journey out of Melbourne is a story in its self.

It suffices to say that Ting and I arrived in Truk with nothing but the clothes we were wearing, Ting’s dive computer and a set of Qantas PJ’s and a tooth brush....

Once we explained our predicament to the team at Blue Lagoon Resort and associated Dive Shop they immediately set out to assist.

First clothing: I purchased  board shorts x 2, Tee shirts x 2 and a rash vest.... I think Ting did about same ‘girls stuff‘ equivalent.

Second Dive Gear: The dive shop had good quality modern gear and dive computers for hire at a  reasonable weekly rate. At Ting’s suggestion we decided to try our first day’s diving just in our ‘boardies‘ and rash vests.... and that’s the way we stayed for all week.

The entire staff at Truk was made up of locals and were all friendly, efficient and helpful.

Joe was our Dive Master for our length of our stay.

Each day was the same format 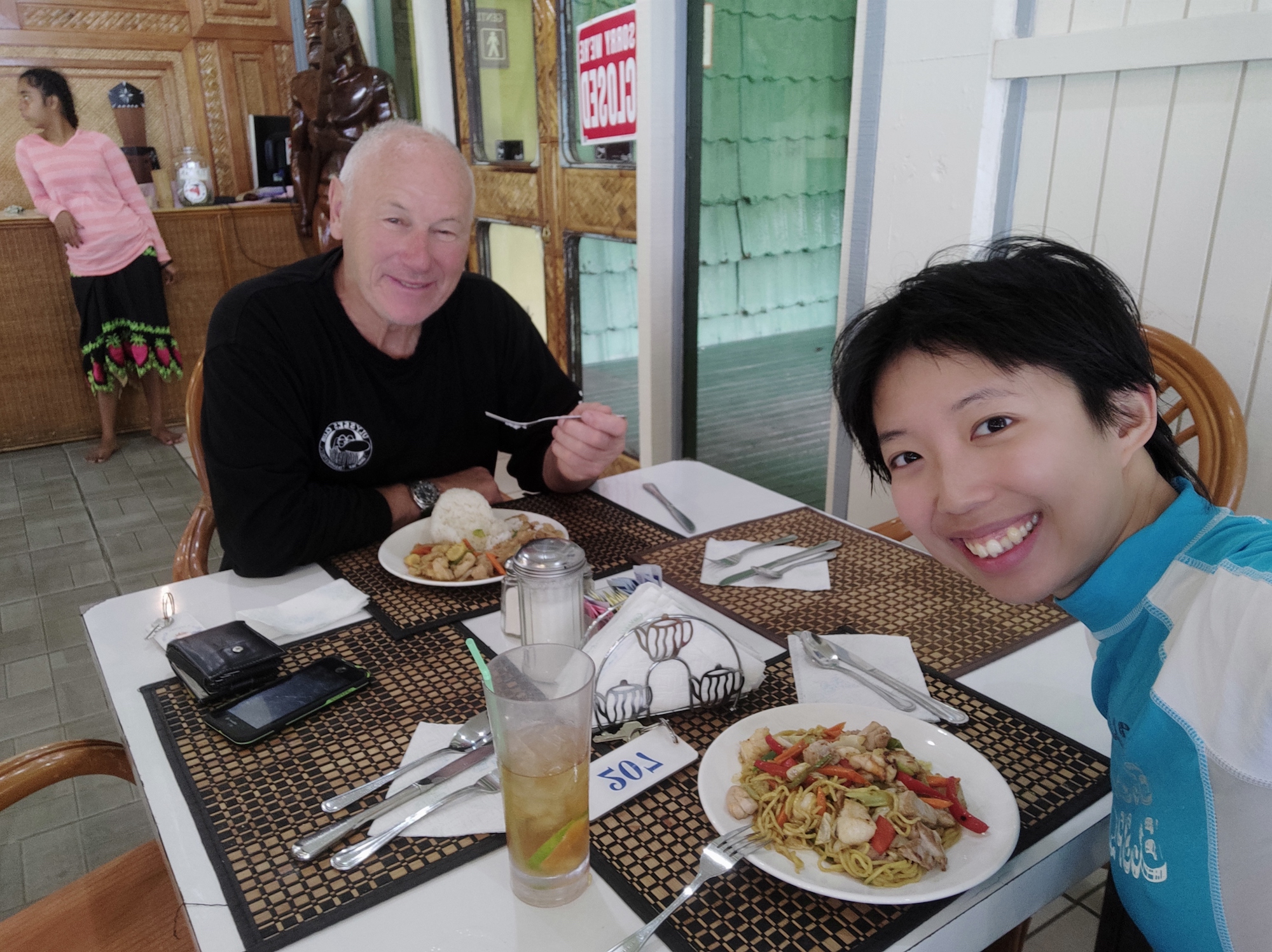 We would start with breakfast in the resorts restaurant. Then detailed briefing of mornings dives by Joe... kit up and head off. Boats are of open design with shade and have a crew/driver and are fast, efficient and have good exit / entry access.

None of the wrecks at Truk have a visual floating buoys marking their position. They have a submerged (about 2m) buoy attached to each wreck. We were amazed how after maybe a 30 min boat trip and without any fancy GPS each dive Joe would direct the driver to the wreck (using coordinates from his visual landmarks)... then dive over, attach mooring rope as well as spare tank at 5m. 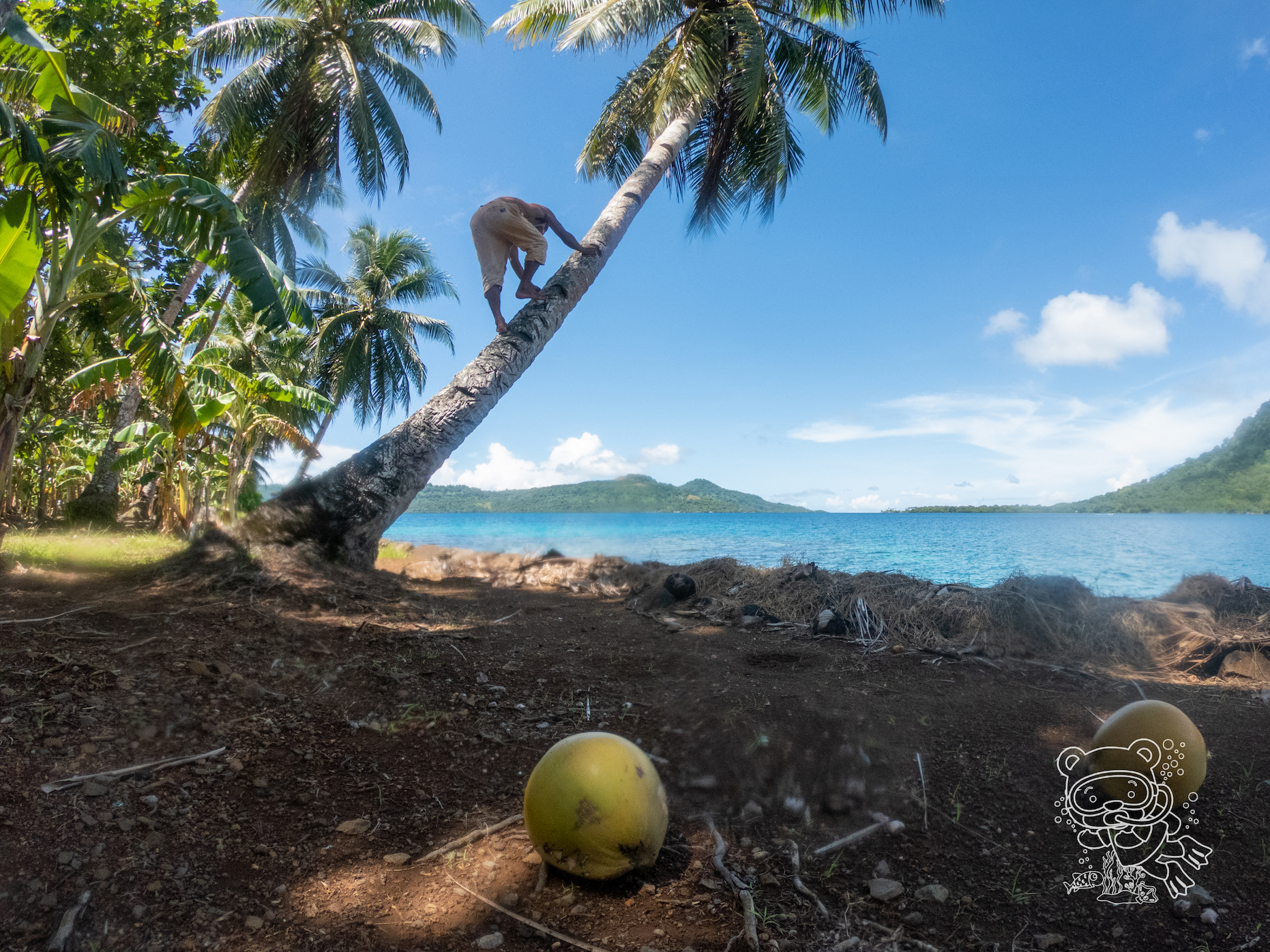 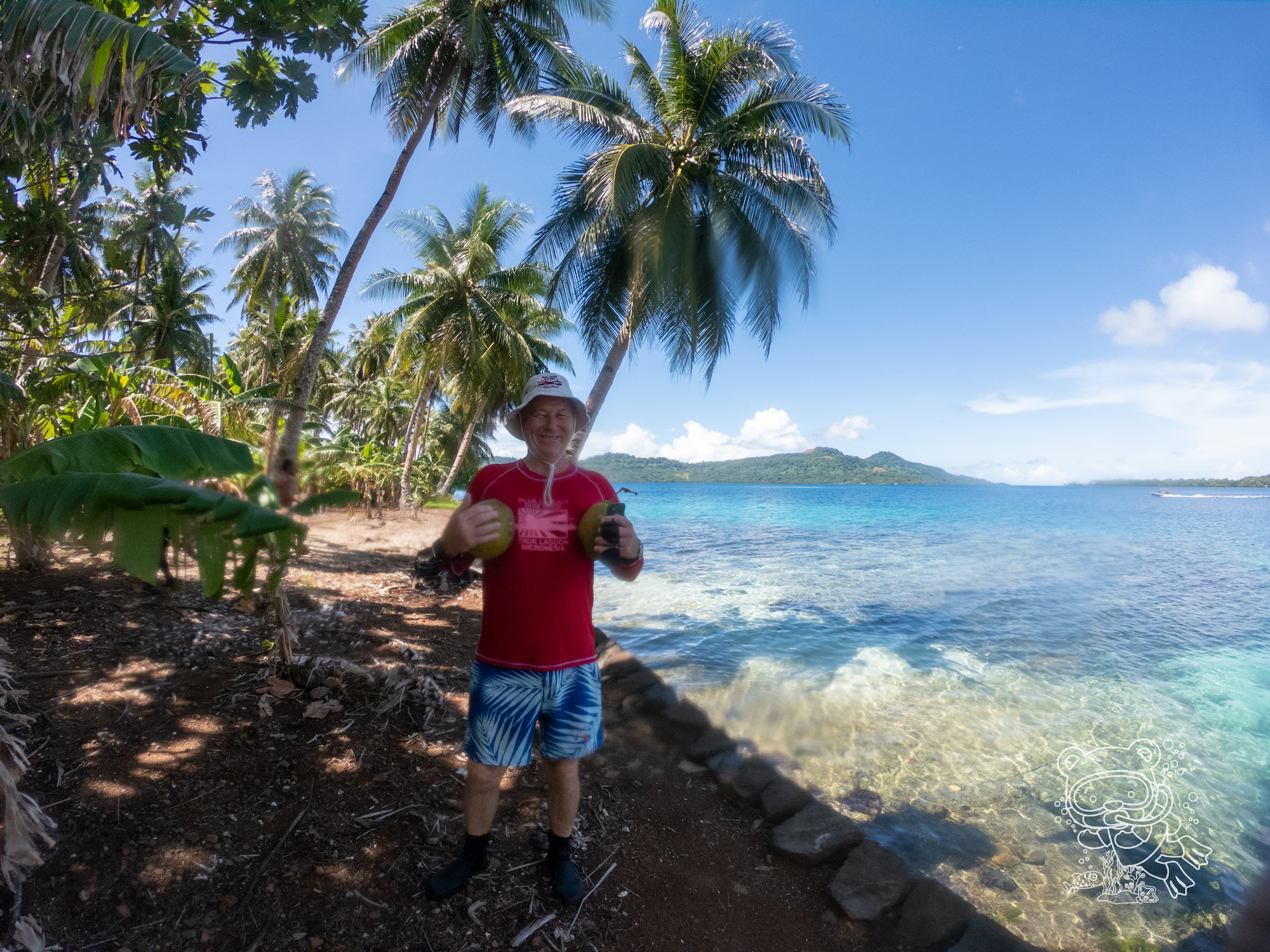 So... after our first dive each morning we take our surface interval on a small island where this lovely old local would scale a coconut tree and with a few skilled strokes of his machete harvest and prepare a coconut for each of us.

After our second morning dive we went back to the resort for lunch. 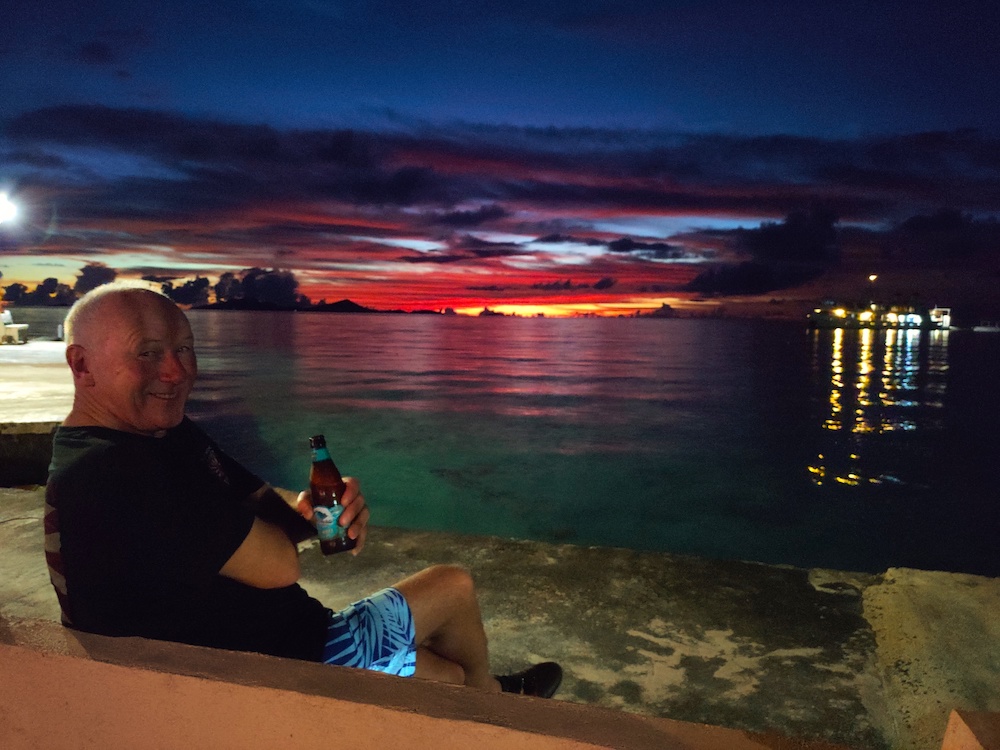 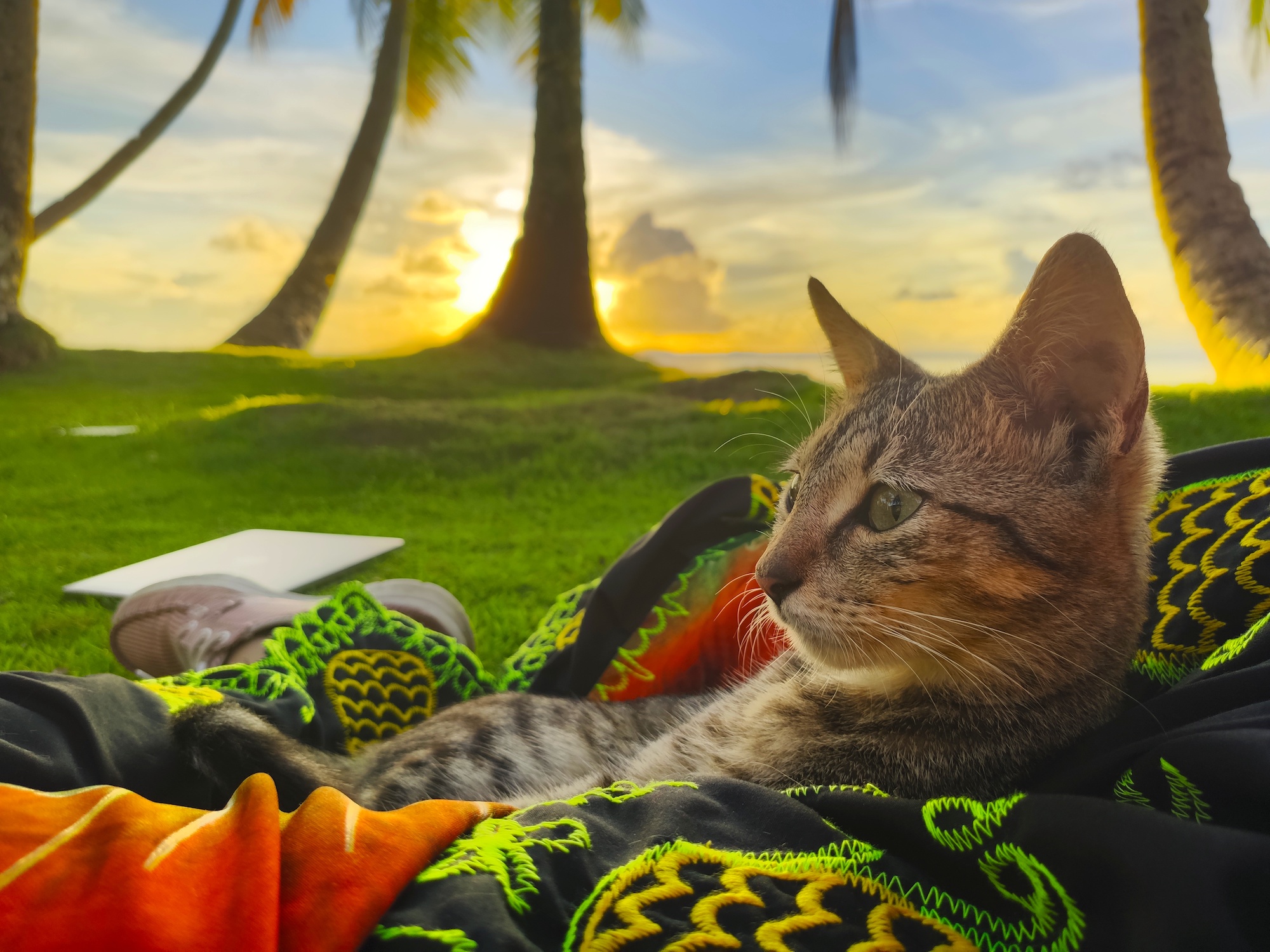 Third dive each day was usually completed by about 1600 after which.... wash gear, shower, drinks, dinner.... bed... REPEAT! 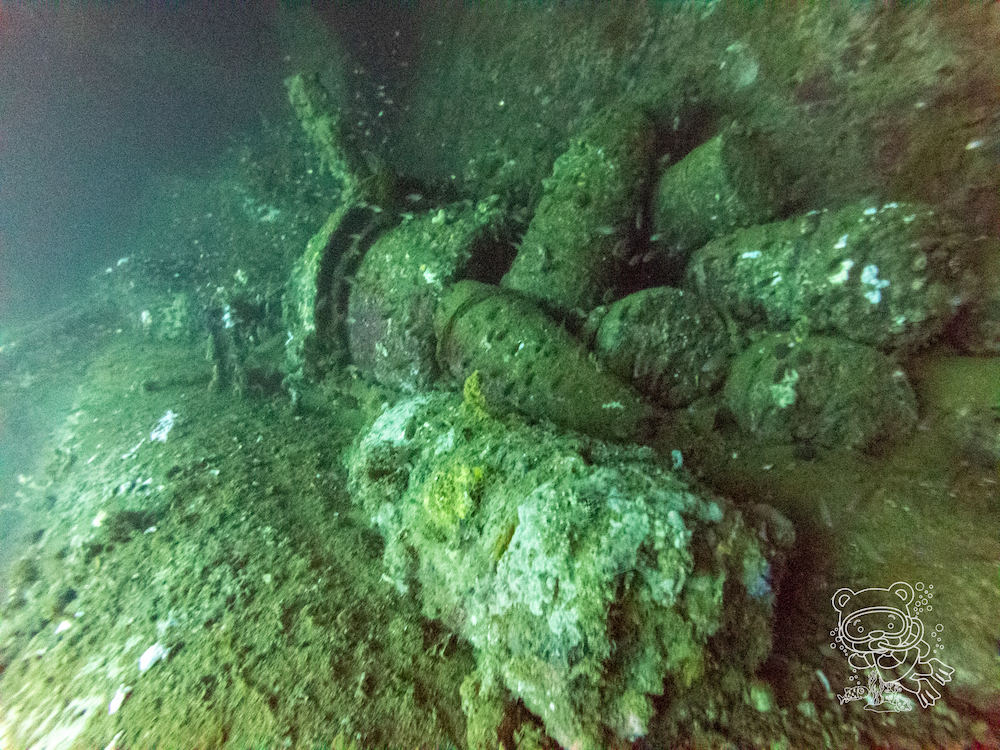 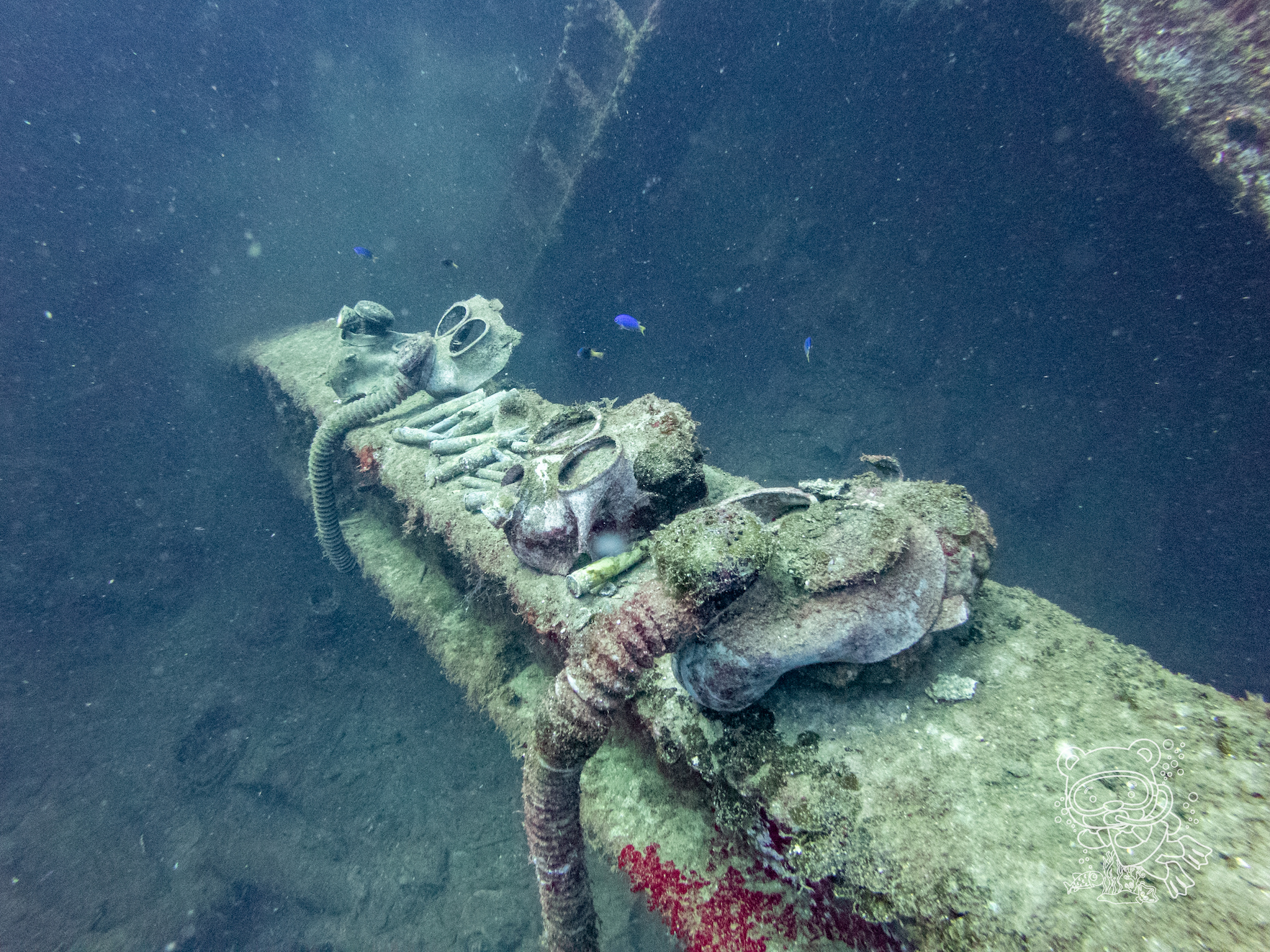 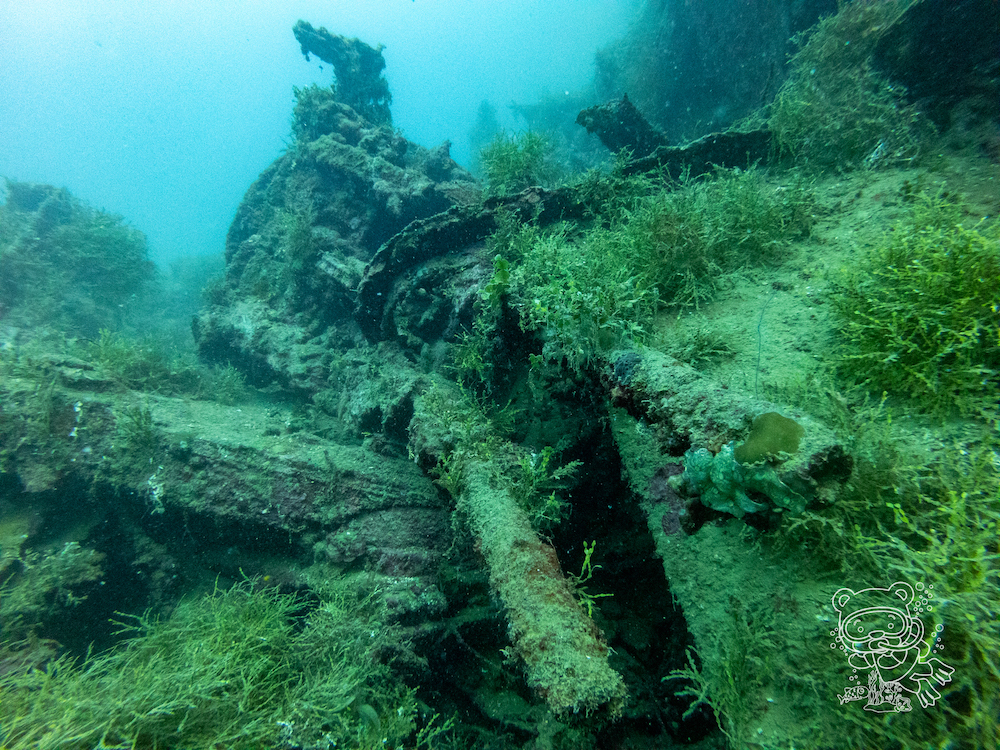 Whilst the Japanese government have done extensive search and recovery in regard to its former sailors/airmen there are still occasionally existing skeletal remains.

Whilst the war materials were great I also found diving down through the decks and gang ways to view the radio and engine rooms etc fascinating as well. 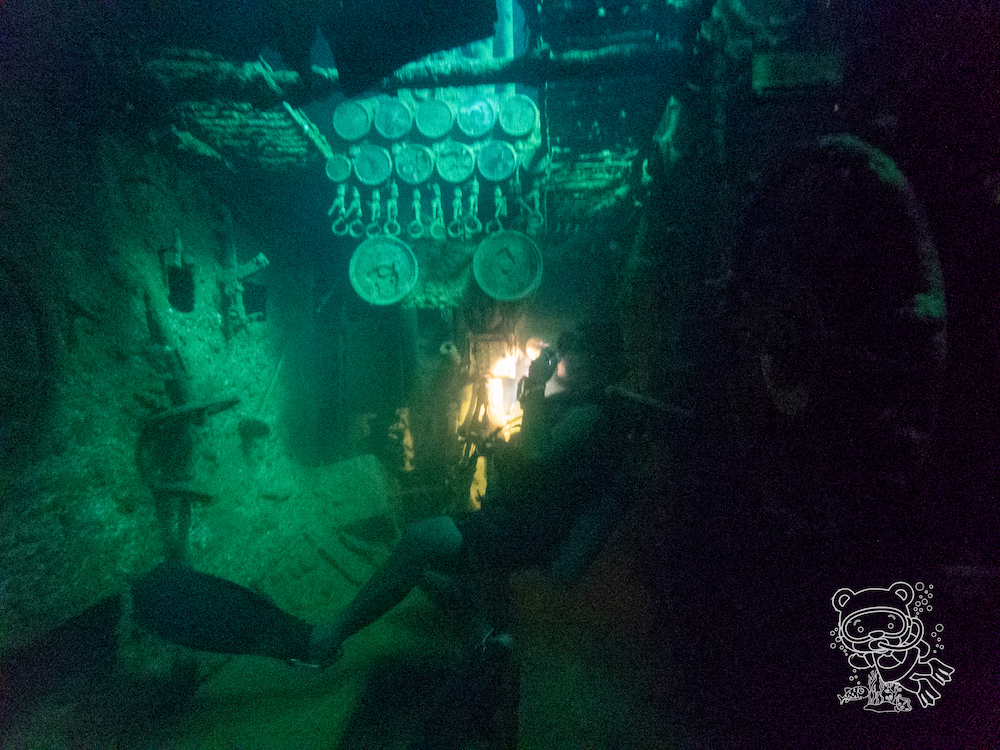 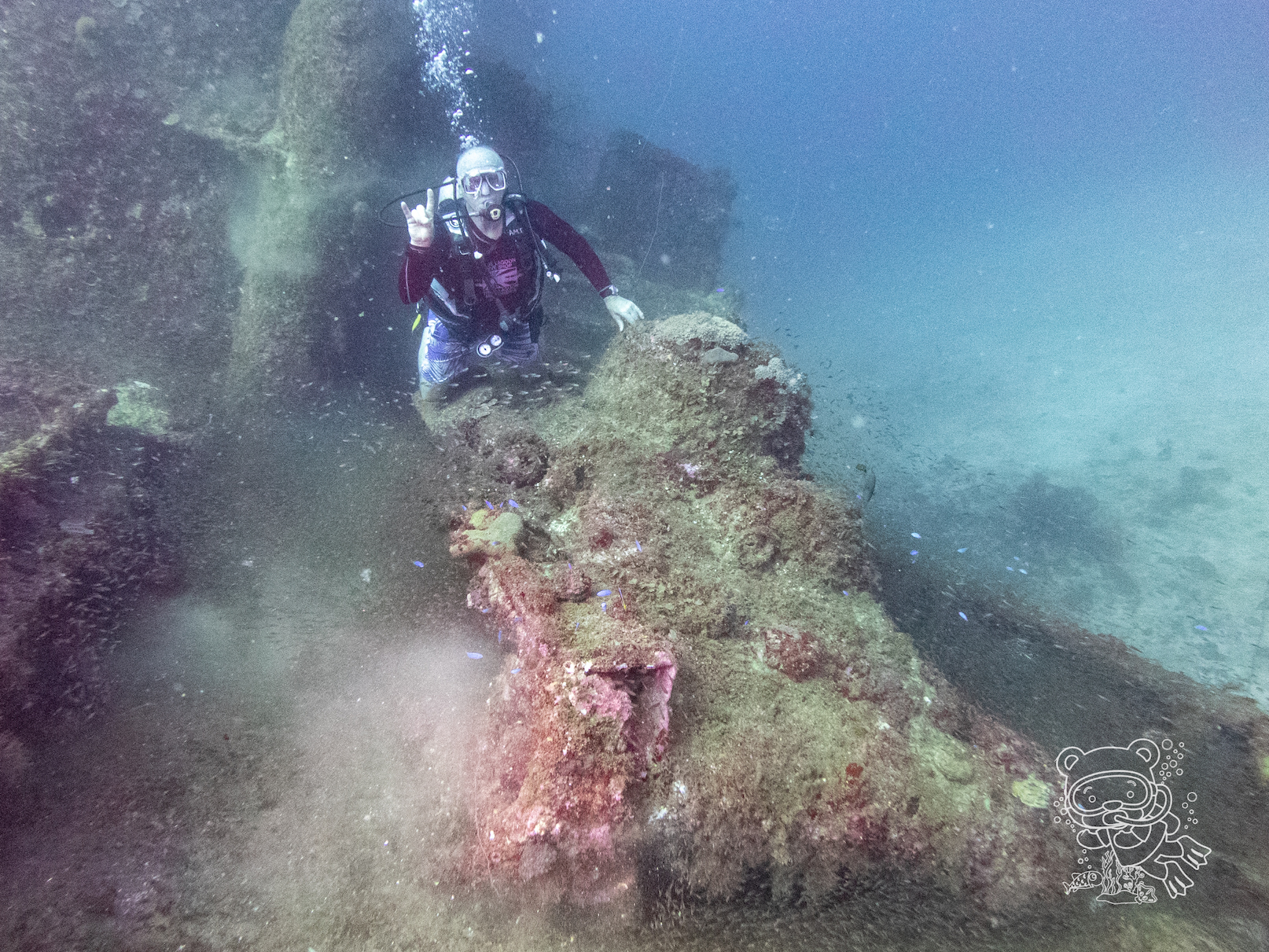 We had a Sydney couple join us on some of our dives and a German lady on another, but that was it. There were a couple of other groups but we didn’t encounter them often.

Can’t speak highly enough of our DM Joe.... always, safe efficient and ready to please. On our last night Joe treated us to island BBQ.

Non-dive day before flying home Ting mastered the stand up paddle board.

I couldn’t help  thinking at times that this massive war grave is further testament to the futility of war.